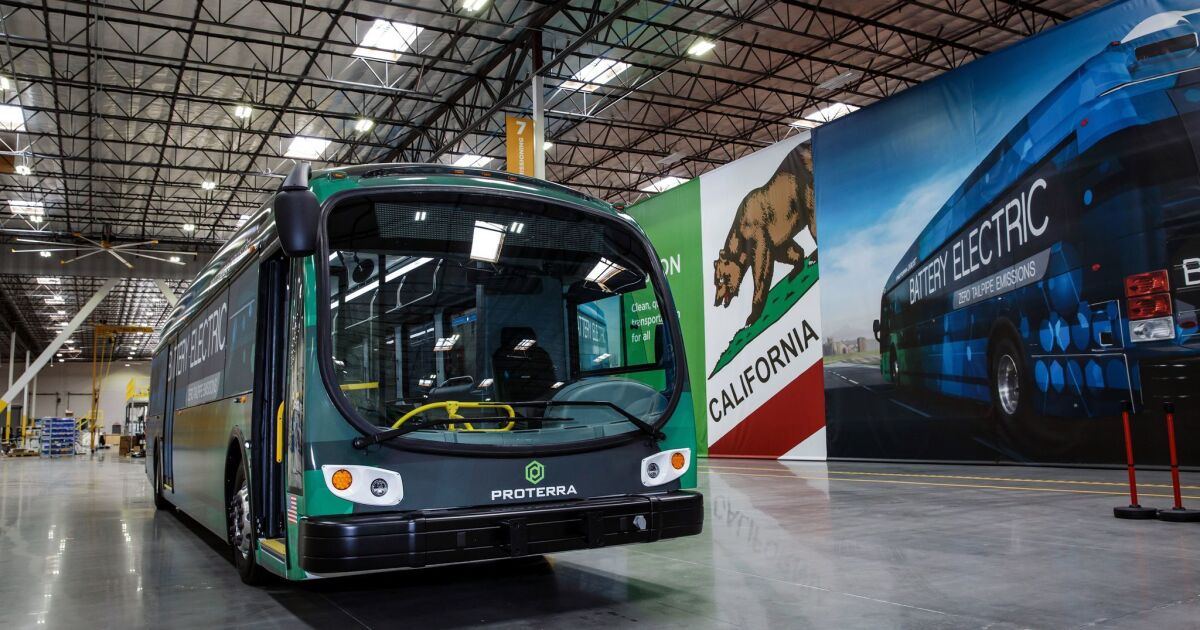 California is already a world leader in the embryonic electric vehicle industry but needs more government help to flourish, according to a new report from the Los Angeles Economic Development Corporation.

And while Tesla, based in Northern California, gets most of the EV attention, Southern California is becoming a hub of EV manufacturing in its own right.

The report says of 275,600 jobs EV-related California jobs in 2018, 119,200 were in Southern California, mainly in Los Angeles and Orange counties.

The state’s goals are backed by buyer subsidies, zero-emission requirements, and other government support. A combination of new laws from the legislature and executive orders from the governor’s office aim for all new vehicles to have zero-tailpipe emissions by 2050, with ambitions to have 5 million passenger electric vehicles registered in the state by 2030.

The California New Car Dealers Assn. said the number of registrations for pure-electric cars is less than 400,000 today.

“Tesla popped up to bring zero-emission vehicles to California, then this whole ecosystem began to emerge,” Kruger said. “There is no other ecosystem like this in the U.S. We want to protect and support it.”

The report recommends continued subsidies of electric vehicles, local support for EV infrastructure, more publicity about available subsidies, and more EV jobs education at community colleges and other institutions. LAEDC also recommends that tax credits around 5% be considered for EV-related manufacturers. (Consumer subsidies in California fell to $2,000 for electric cars and $1,000 for plug-in hybrids last December, and were limited to vehicles costing under $60,000.)

Drawing on Southern California’s past, the report notes the region was once the second-largest U.S. motor vehicle manufacturing center outside Detroit. In the 1950s and 1960s, General Motors, Ford and Chrysler all assembled cars in Southern California, and a giant Goodyear plant made tires.

Buffeted by competition from Japan, the availability of low-wage workers in Southern states, and strategic errors by auto-company and union managements, the industry disappeared from the area. General Motors closed the industry’s last Southern California auto assembly plant in 1992, sending production of Camaros and Firebirds from Van Nuys to Canada.

But the area’s status as U.S. headquarters for overseas carmakers is fading. In 2015 Japan’s Toyota moved its U.S. headquarters north of Dallas, partly due to the high cost of living in California and partly because the company wanted to be closer to its U.S. manufacturing plants in Texas, Mississippi and Alabama.

Whether electric vehicles can meet or exceed the auto manufacturing heydays remains an open question. After growing 77% in 2018, all-electric car sales in California grew only 5% in 2019, to 99,704, according to the dealer association. Most of the companies on the LAEDC list are startups, and their ability to succeed long-term is uncertain.

LAEDC believes the push to fight climate change and pollution will continue, setting the EV market up for rapid growth.

“The [electric car] market might be in a holding point,” said Tyler Laferriere, an LAEDC economist. “I think there will be great consumer demand by 2022” as more electric cars from more manufacturers come to market and as electric charging networks grow.

After months on lam, slaughterhouse escapee beefalo caught in Connecticut

No public trial for former Tesla engineer who says the company...