A new wine bar and restaurant, a second A.O.C., and garlic noodles to go 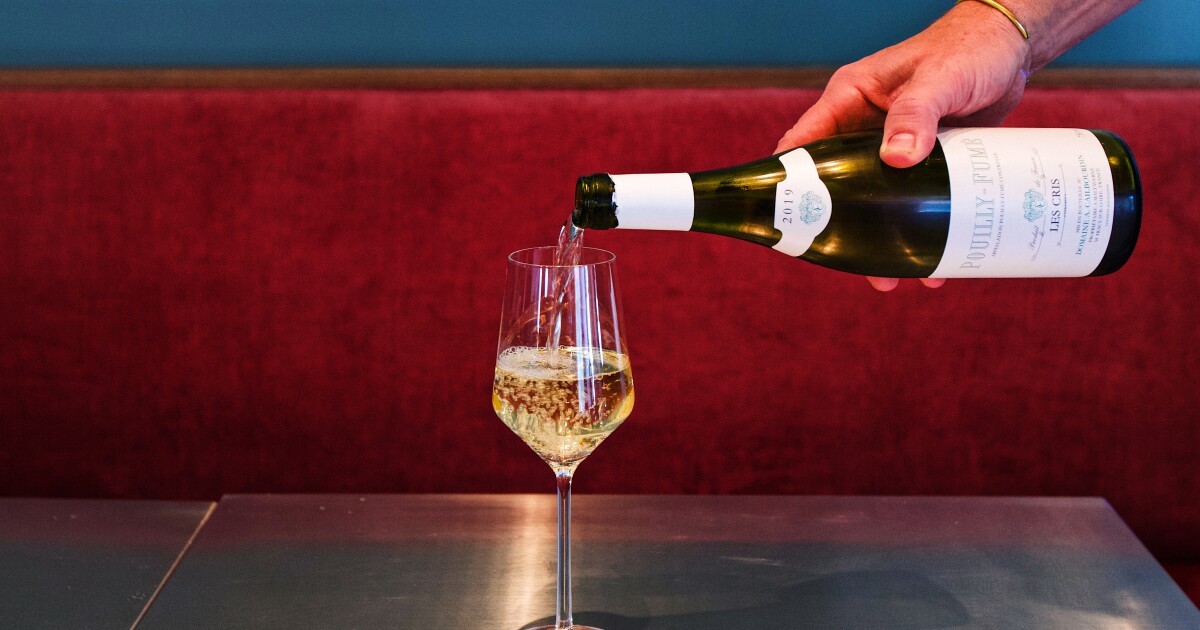 Wife and the Somm

The husband-and-wife team behind catering operation Home Somm have opened a Glassell Park wine bar and restaurant christened Wife and the Somm. Chris Lucchese and Christy Lindgren Lucchese see Wife as the next evolution of their wine-forward Home Somm and offer wine for retail sale and by the glass, in addition to a monthly or quarterly wine club. Their wines are sourced from around the world and often showcase small and family run wineries with low intervention. The food will be seasonal and is meant to pair with the wines. Look for offerings such as handmade pastas, charcuterie boards, crostini featuring local produce, and Italian meatballs. Open Wednesday to Sunday with patio and limited indoor seating, serving dinner and light bites.

Chef Suzanne Goin and restaurateur Caroline Styne are bringing their hyper-seasonal Beverly Grove restaurant and wine bar, A.O.C., to Brentwood. Filling the space of the duo’s now-closed restaurant Tavern, the second A.O.C. is set to open in early May and will mirror the original’s small-plates format, with many of the ingredients sourced from farmers markets. The Brentwood A.O.C. will open nightly for dinner, later expanding to daily lunch service and breakfast, as well as weekend brunch.

One of Helene An’s signature dishes now has its own delivery and takeout concept. The chef’s famed garlic noodles made their first appearance in her family’s San Francisco restaurant Thanh Long, then spread to other An dining spots — including Crustacean in Beverly Hills. Bosilika An, a fourth generation An in the family business, came up with the idea of Noods, the takeout and delivery spinoff. Customizable to-go boxes can include standard, gluten-free and vegan varieties of An’s classic dish, plus sides such as tuna tartare, edamame, chili chicken wings and toppings such as teriyaki filet mignon or secret-sauce shrimp. Orders can be picked up at Crustacean or, for a fee, delivered to locations within a 15-mile radius of the restaurant. Noods runs Thursday to Sunday.

A sprawling new hotel and entertainment complex is set to open on the Las Vegas Strip this summer and will include a 24,000-square-foot food hall and a separate collection of stand-alone restaurants. Resorts World Las Vegas is building Famous Foods Street Eats just off its casino floor. It will host 16 food stalls featuring a fried-chicken concept from Marcus Samuelsson, dumplings, hand-pulled noodles and more. The lineup of stand-alone restaurants includes ¡VIVA!, a new Mexican concept from Broken Spanish chef Ray Garcia; a vegan ice cream outpost from Craig’s; wine and gourmet foods shop Wally’s; and Mulberry Street Pizzeria.

This summer, young chefs will be able to get cooking at the Westfield Century City shopping center. Canadian cooking-course company Little Kitchen Academy is headed south, and its first U.S. location is set to bring its immersive, Montessori-inspired cooking classes to children ages 3 and up. The hands-on classes will encourage use of math, science and language as they pertain to cooking and will be organized by age group. Registration is not yet open.

Crudo and coffee, a community market — and a new offering from Wolvesmouth